Jambalaya (jum-buh-lie-uh) is a traditional Louisiana dish that originated in New Orleans. It is especially popular at large family gatherings and festivals. Jambalaya is made with rice, vegetables, and meat.

What’s great about jambalaya is that you can add whatever meat you want: chicken, sausage, pork, shrimp, and even alligator. One of the differences in Cajun versus Creole cuisine is the use of tomatoes in Creole cuisine. A Creole jambalaya includes tomatoes, which makes for a reddish-colored jambalaya. Cajun jambalaya, on the other hand, does not include tomatoes and is brownish in color. 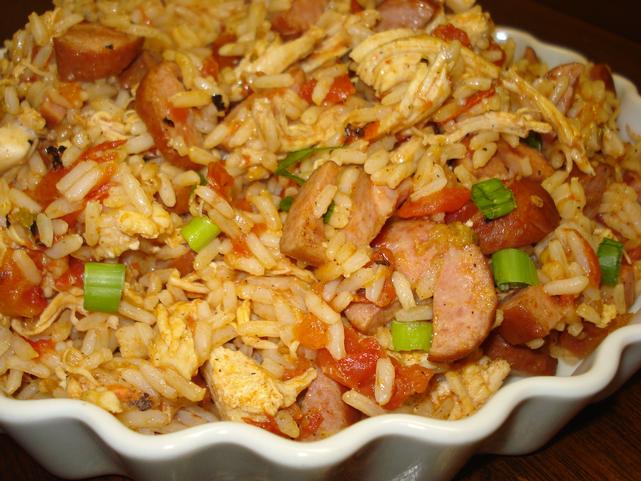